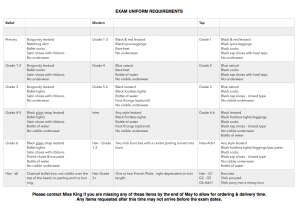 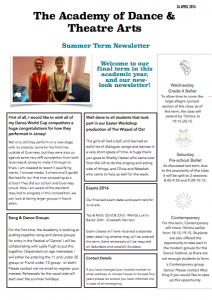 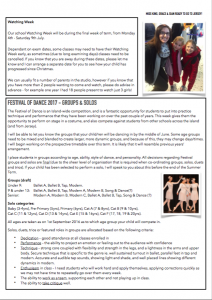 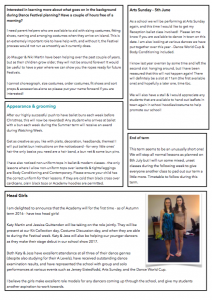 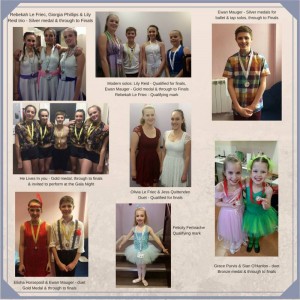 Huge congratulations are in order for all performers!

On our final day in Jersey, we had just 3 dances competing, but an excellent three dances! 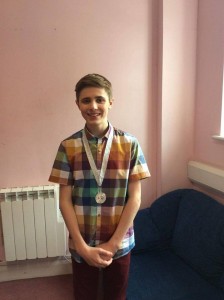 Ewan Mauger received a joint silver medal and is through to the finals with his tap solo! Unfortunately I don’t have a photo of Elisha Horsepool before her tap solo, but she competing well in a strong class and also received a qualifying mark. 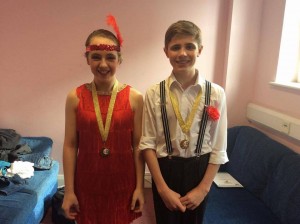 It was then a reasonably quick change for those two into their duet to “They Both Reached For The Gun” from Chicago, for which they won a GOLD medal, and are through to the World Cup Finals in June! Throughout rehearsals Ewan & Elisha worked well together, attending hour long practices on Saturday afternoons, and rarely made a tap out of line! A well deserved medal for the two of them, and the best possible way to finish off our DWC qualifiers in Jersey.

Keep your eyes peeled around the end of June for how we get on competing against the rest of the world!

Here is the round up for Friday 11th March at the Dance World Cup Qualifiers in Jersey! 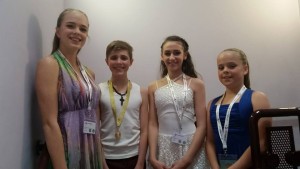 Lily Reid received the highest Guernsey qualifying mark in the girls’ category, and will be dancing at finals! Ewan Mauger (in the separate boys’ section) received a gold medal for his solo, and will also be dancing at finals! Rebekah Le Friec performed beautifully in a dance that was extremely technically challenging with lots of turns and leaps, and received a good qualifying mark. Clemmie Reid was the first competitor in her section of 40 dancers (therefore the youngest dancer), and really held her own against other, older girls. 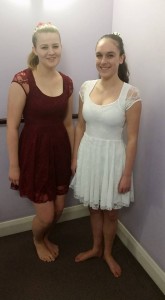 Olivia Le Friec & Jessica Quittenden danced a duet to “How To Save A Life”, and were the top Guernsey qualifiers – and made it through to finals! To get through to finals in the upper age categories is no mean feat, and the girls should be extremely proud of themselves for this achievement – I know I am! 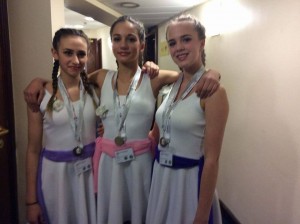 Rebekah Le Friec, Giorgia Phillips & Lily Reid danced a trio to “Thousand Years” (which proved to be a popular song at these qualifiers!), and won a silver medal for their efforts! They will also be dancing at the finals in June. 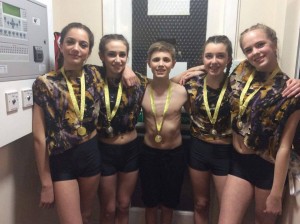 Finally, at the end of the evening as I was finishing off teaching, I received a message that my group modern piece, “He Lives In You” had won a GOLD medal, of course through to the finals, and had been invited by the judges to perform at their gala evening on Saturday night! Unfortunately 3 of the girls could not change their flights last minute as they were all booked up until Monday morning, but just the fact that they had been invited is compliment enough!

Huge congratulations to my first set of competitors that entered the Dance World Cup qualifiers in Jersey this week! 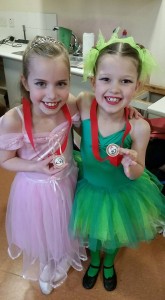 Grace Purvis & Sian O’Hanlon performed their Princess and the Pea duet, and despite nearly having a props disaster 5mins before dancing, they still won a bronze medal each, and are through to the finals in June! 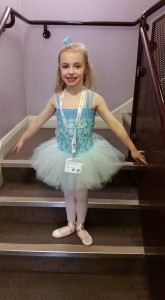 Felicity Ferbrache also danced her Tooth Fairy solo on Thursday, she was 4th youngest in her category, yet still received a qualifying mark, against children who are at least 3 years older than her!

Although I don’t have photos, Giorgia Phillips performed a ballet solo and also received a qualifying mark, and Ewan Mauger received a silver medal and is through to finals for his ballet solo.

Great start to our first major entry into the Dance World Cup competition! 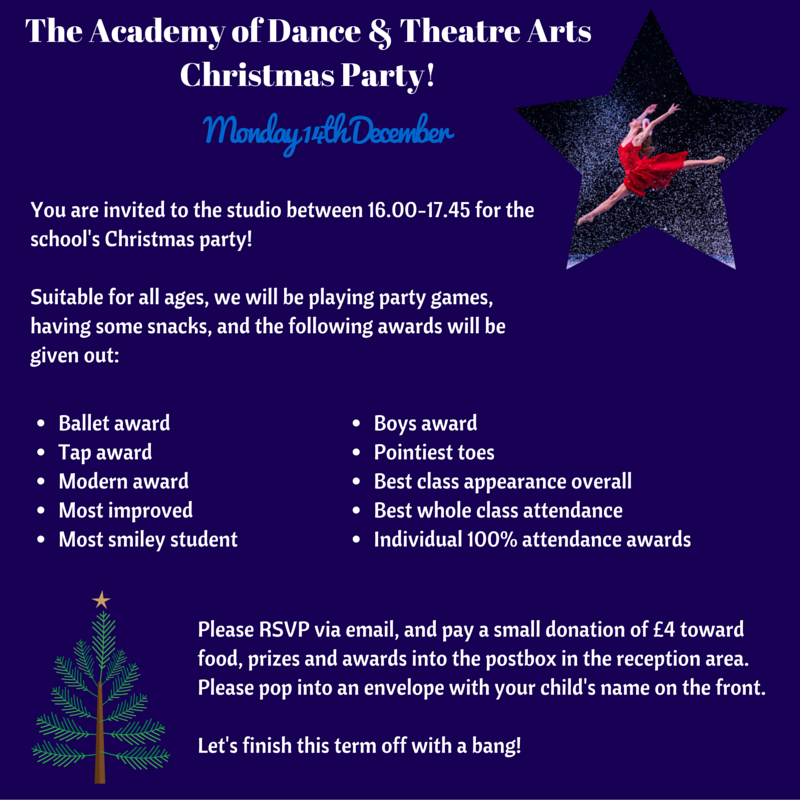 Throughout this summer, we have been working hard to update the studio decor, and upgrade the changing room so it can be adapted as either a changing room or second studio.

I have to say, I am so pleased with the results! We had our open day yesterday to great success, and the word “wow” was used frequently!

Take a look at our photos below. 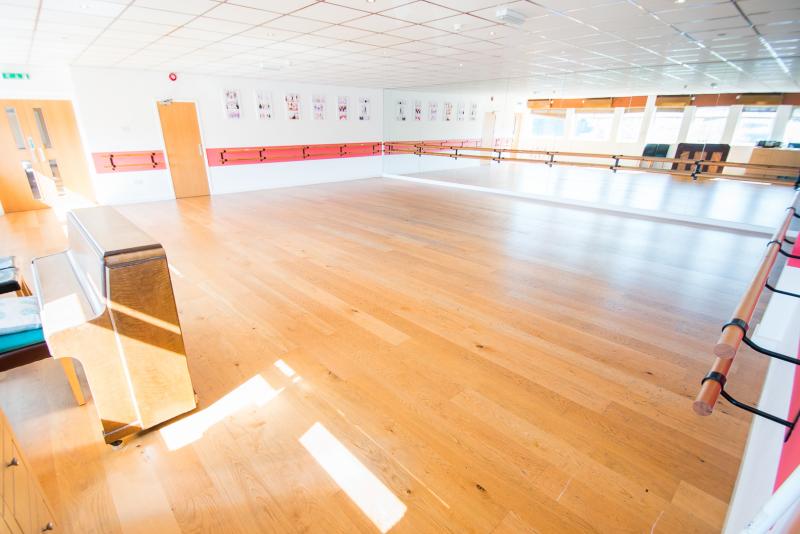 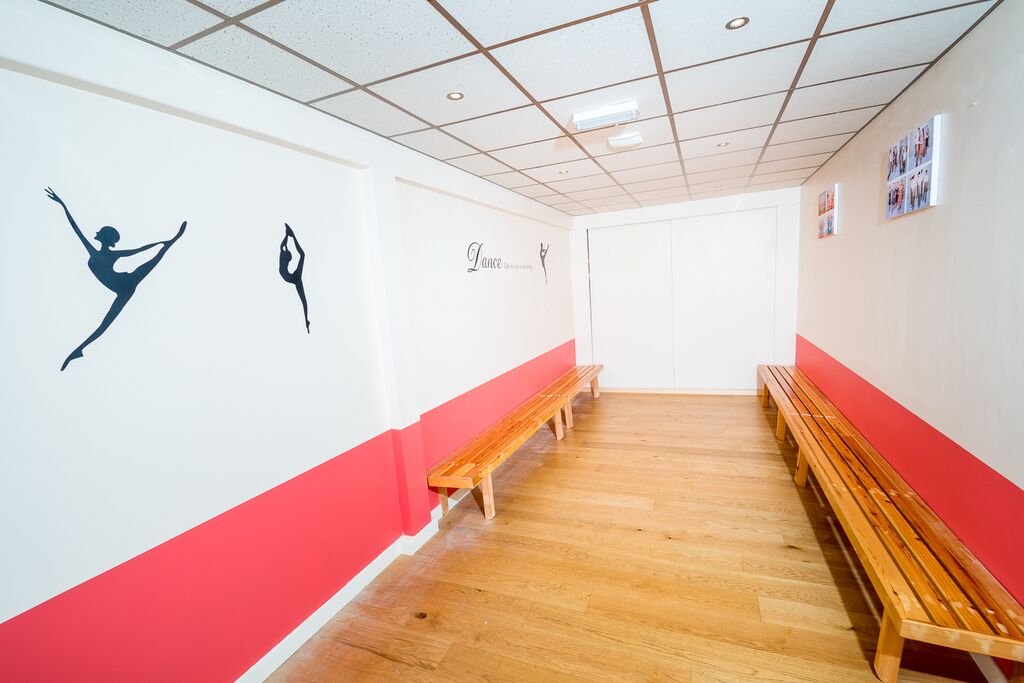 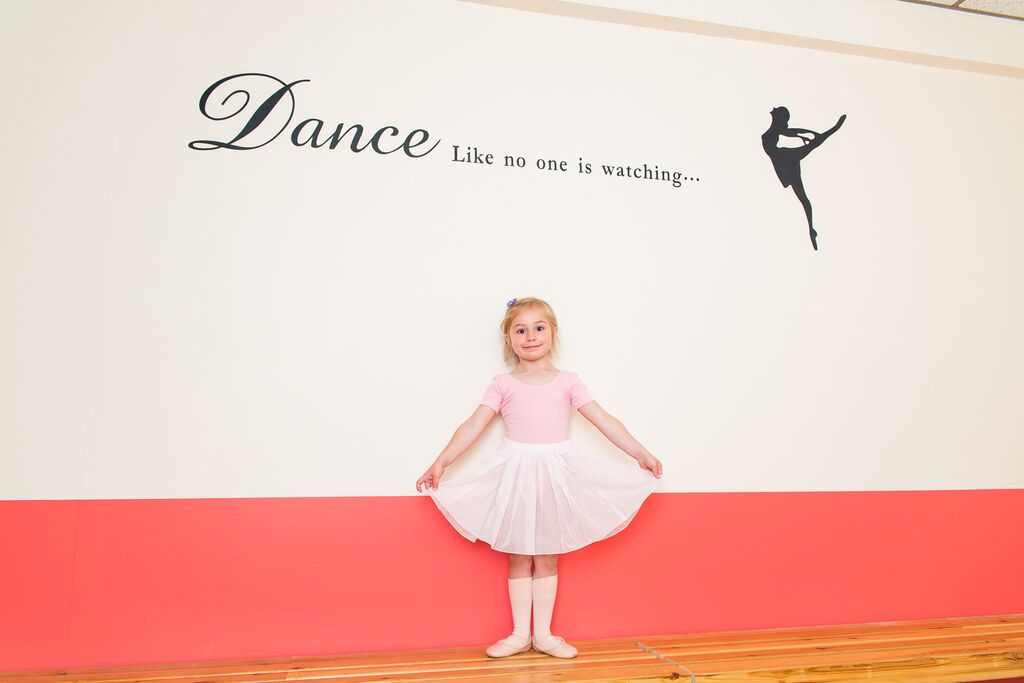 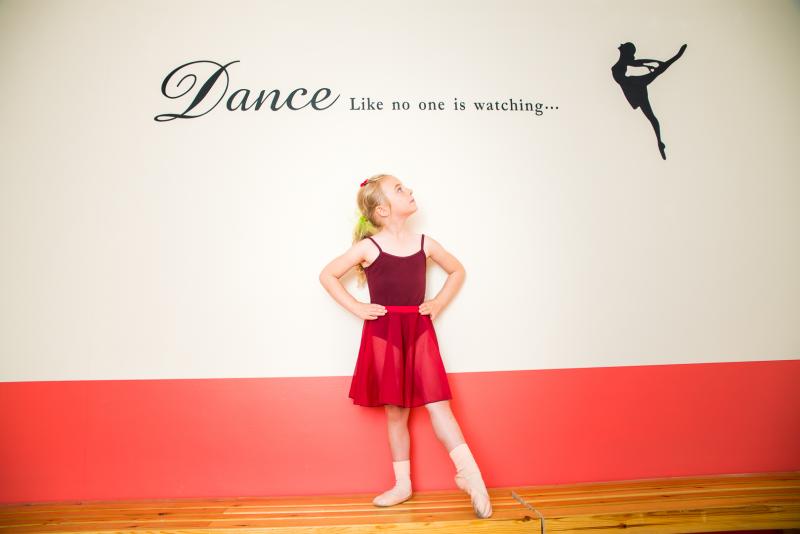 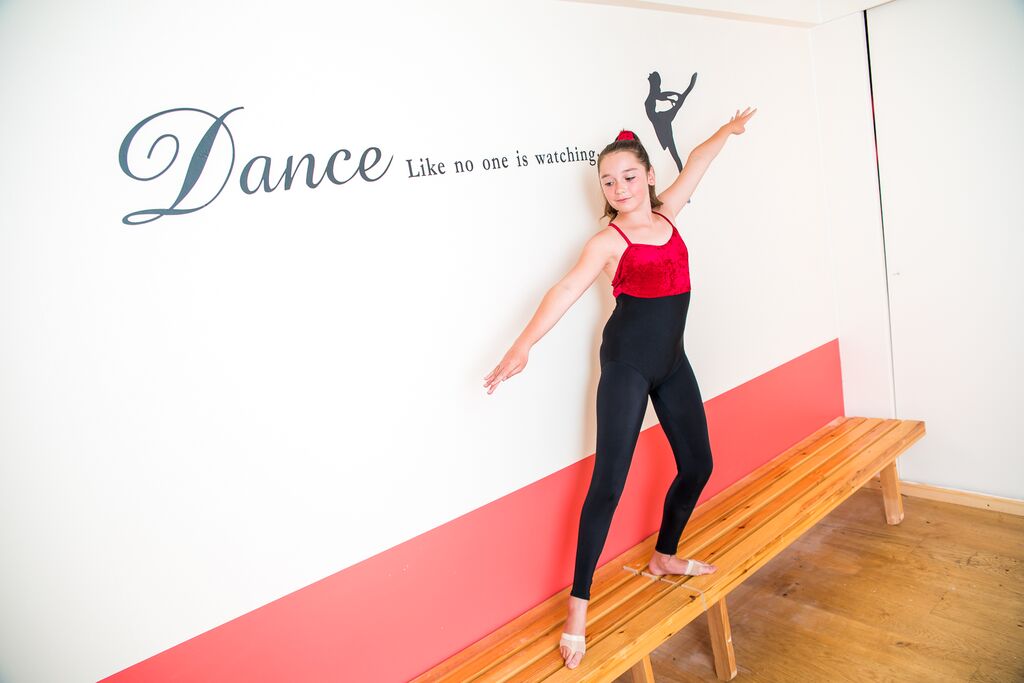 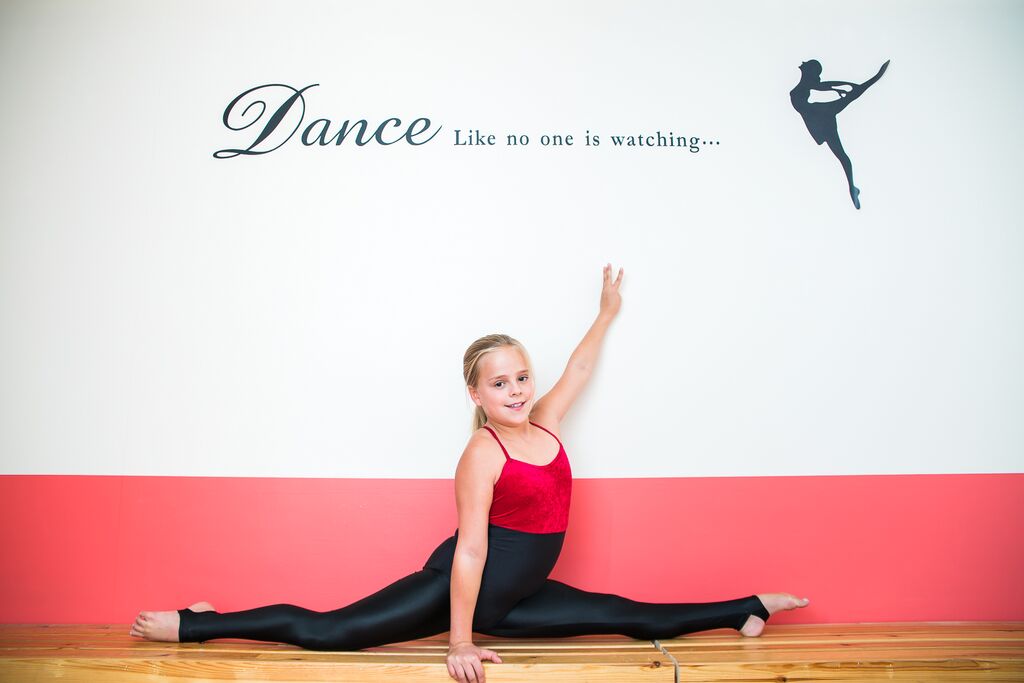 A huge well done to all ballet, tap and modern students who passed exams recently! We had a phenomenal 26 Distinctions, 32 Merits, and 8 Passes, which means 100% pass rate, and 3/4 of students receiving above the 70 mark.

Our biggest congratulations go to Jessica Quittenden who today placed 8 out of a class of 21 in the Dance World Cup Finals in Romania.

Thanks to the live streaming that has been provided this year, I was able to watch her class, and the standard was phenomenal – and Jess was up against dancers aged 16 and 17 from all over the world. She really held her own, and I could not be prouder!

What a fantastic way to finish up the term!